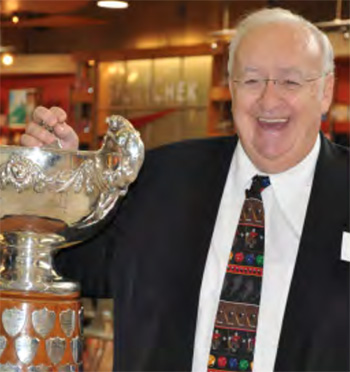 Al Findlay was born in North Bay, grew up in Thornhill, and came to Preston in 1959 when his father, Nels, bought the Sulpher Springs Hotel.

The highlight of coming to Preston occured one summer day when he walked over to Riverside Park and saw a bunch of guys practicing ball. One of them approached Al.

“Yes,” answered Al to the man he would soon know as Jim Renner.

“What Jim introduced me to that day led to everything else that opened up for me in the years to come,” said Findlay.

Findlay began playing with the Preston Riversides, and from that day onward, he was tied to the sporting life of the community. Ball was favourite sport, and understandably so, given that he had just come from playing with the Cornwall Juveniles, winners of an Ontario softball championship in 1958.

“We had beaten the Galt Gores to get there,” said Findlay. “Preston was a great town to come to. Tim Turow took Jim

Renner and I to Milton to get us into the Halton County league because we had nowhere to go after junior ball.”

When Findlay got a job at the Preston Arena – he began in 1971 – he also got involved in coaching hockey and was a familiar pres- ence for the next 15 years or so at the arena.

“I worked there long enough to be a part of the great Preston Figure Skating Club years, and the Preston Junior and Senior teams. The people of Preston welcomed me and were super people.”

He also got involved in curling, and helped start the industrial curling league downtown that ran for a number of years.

His father had been a lifelong curler and he is remembered fondly in Quebec City where the Quebec International Bonspiel in Quebec City presents the Nels Findlay Award on an annual basis. Nels competed for 51 years in that bonspiel. 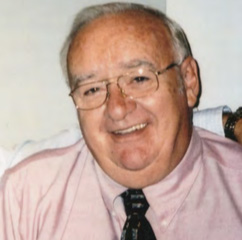 Findlay has made his mark with the Galt Minor Hockey School, where he has been the director for 22 years. As a rookie learning the ropes, he had to try to fill Roy Johnston’s shoes after Johnston died mid-year.

“He was teaching me the ropes in 1989 and he passed away that year, but the people helped me carry on because I knew nothing. Everyone pitched in and it’s the same today. If anyone has better volunteers, they’ve got a great thing going.”

Two years ago, 2009, the school celebrated its 40th anniversary.

Although his tenure as director came to a close at the end of March, he will still be there to help out.

Through the years he has also been part of the Art White Sports bursary, and was a founding member of the Cambridge Sports Hall of Fame., which began in 1996.

“Perople really wanted to make it work,” said Findlay. “It became a team. Without that team, you don’t survive.”

He and Heather ran Team Sports and Trophies, a sports store in downtown Galt, which also served as a hot stove lounge. “We started in a barbershop beside the Capital Theatre, and then moved across Water Street, and then after the floods, to Dickson Street.”

“There are lots of great stories,” he said, “like the time we threw out the Terrier uniforms after a flood, thinking they were garbage. We had to buy the Terriers new uniforms.”

Findlay was also involved with Cambridge Minor Softball for 10-12 years, “but I got back much more than I gave. I was lucky to have a wife who was so supportive and understanding. It’s just been a really good run. I wouldn’t change anything.”

Early on Findlay got to know a lot of the history of this small town, which was then only about 15,000 people, and spent time with Preston native and Major League baseball player Scott Throman, when Thorman was young.

“That was a treat, to be able to travel with him and watch him grow. He had to learn his craft. He has no idea what he gave me. To see him blossom was really great. Our town’s got a lot of heroes.”

Findlay was the Cambridge Sports Contributor in 1991, and has been granted life memberships in both minor hockey and with the Preston Figure Skating Club. He was also presented with the Paul Harris Award from the Rotary Club.

When Big Al passed away in December 2020, the loss was felt most acutely by his family, but also by the City of Cambridge, which he proudly served as a volunteer and mainstay for so many years, and by his legion of residents who valued his friendship.