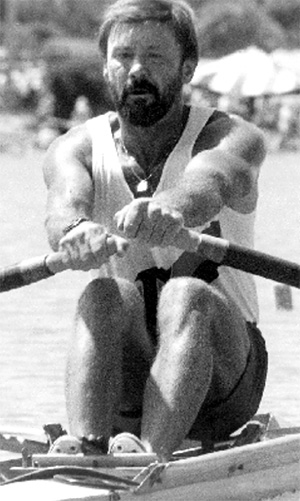 Unquestionably the highlight of Bill Ingraham’s rowing life came on Labour Day weekend in 1991, just weeks after his father’s death, when he won a world title in Miami. But Ingraham didn’t stop there. He continued rowing for nearly two more decades.

In 1991 Ingraham was 46 when he went to Miami and sculled to a world age-group championship against some of the world’s pre-eminent rowers.

That year he had also repeated as Canadian Henley champion and as victor in the annual Dominion Day Regatta on Toronto Island.

Ingraham, son of 1920s-era Maritime sculling champion Ronald Douglas Ingraham, came to the sport late. “I didn’t start rowing until I was 29 and living in Vancouver,” he said. That was 1972, and though he took up the sport then, it wasn’t until 1975 when he was living back in Toronto that he seriously took up the sport.

In the ensuing two decades he trained diligently until he reached the zenith at Miami in 1991.

But there was more to Ingraham’s rowing career than a world championship. As of 1998, he was seven times a victor at the most prestigious international rowing regatta of them all, the Royal Canadian Henley, at Port Dalhousie, near St. Catharines. And 10 times he had been a Canadian champion.

His first big win came in 1981, just five years after the Montreal Olympics, when he won the Canadian title at the Olympic Basin, and stood atop the same podium as the ’76 Olympic champions. 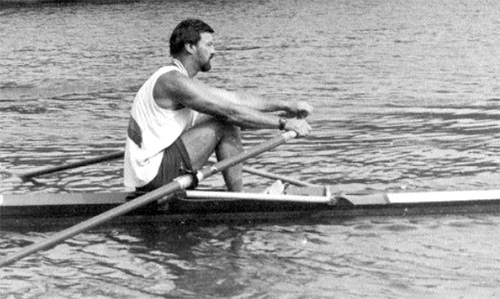 And at the annual Canada Day Regatta on Toronto Island, where more than a century earlier Ned Hanlan, Canada’s Boy in Blue, had learned to row, Ingraham was a winner on 10 different occasions.

There were other titles won over his remarkable career – he was still rowing in 1999 – but the world title, the Henley golds, the Canadian championships, were the prestigious ones.

Ingraham was named Cambridge’s Tim Turow athlete of the year following his impressive win at Miami.

He was a founding member of the Cambridge Rowing Club, playing a pivotal role in helping Dr. Bruce Holliday create a new and viable rowing club on the banks of the Grand at Riverbluff Park in the late 1980s.

“It was the ride of a lifetime,” he said of the creation of the Cambridge club.

“We all had a lot of respect for Bill,” said competitor and friend Don McSween following Ingraham’s death in the spring of 2014 from cancer. “You come across an athlete like that once in a blue moon.”

Ingraham was able to realize a lifelong dream with his wife Deborah when he rode his motorcycle across Route 66 the year before he died. It was, quite literally, the ride of his lifetime. That fall, after his epic trip, he was diagnosed with cancer.