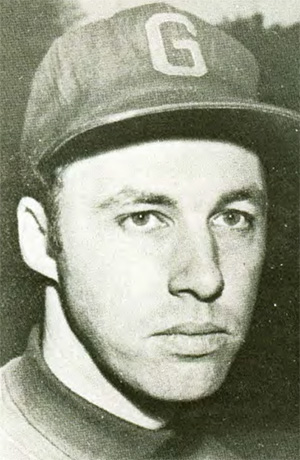 Even into his seventies, Cambridge’s Bob Cunningham has a difficult time trying to place one sport above the others.

He loved them all.

And, for more than two decades, he and his good friend, Basil Ramsay helped coach and manage many minor sports team in the city.

His focus was on helping develop softball/fastball, as well as minor hockey.

“I’ve always been sports-minded,” he says.

Born in Galt just before the Second World War broke out, Cunningham attended Central Public School and began playing a variety of sports.

“I’ve always played a lot of sports and I liked them all, whether it was hockey, or baseball, softball, curling, soccer, or lacrosse.”

Cunningham was a firm believer in the notion that he should give back to his community, and sports provided the perfect vehicle.

“I have always gotten the satisfaction of contributing and have also enjoyed it when our teams achieve some degree of success,” he says.
“I don’t think you can put in all that time without enjoying it. We were fortunate enough to have suc- cess in almost every sport.”

In addition to his coaching work, he has also served on the executives of various sports asso- ciations and groups. Among the sports he’s been involved with are hockey, baseball, softball, and curling, among others.

Cunningham graduated from GCI in 1957, about the time he began coaching.

Over the years, his teams fared well. As a coach in minor softball, his teams won Peewee, Bantam, and Midget championships. Cunningham also served on the GMSA executive for a decade, and served as president for two years.

He also coached the Galt Slees fastball team for a decade in the Intercity Fastball League, the premier senior fastball league in the province, and served on the executive. Cunningham was named all-star coach in 1967. The Slees set an OASA record by winning championships in Ontario championships in four different categories. Only five members of the squad were involved in all four championships (Bantam, Midget A, Juvenile A, and Junior A): coach Cunningham, manager Ramsay, players Bob Eccles (pitcher), Bill Doerfling (shortstop) and Rod Hubbard (outfielder).

His father, Jack, a former ball player with the Terrier Pups in the 1930s, coached only one year, but won the city’s first Ontario softball championship, in 1952. The team went undefeated with 37 straight wins.

Later, when Jack’s son Bob started coaching teams to championships, he would say to him, “Yeah, but your teams lost games!”

He was awarded the Ray Middleton Award for outstanding contributions to Galt Minor Softball in 1974, and also coached minor hockey. His bantam squad won the city championship in 1959-60.

Following nearly three decades of involvement in minor sports, he took up curling and joined the executive of the British Consuls and served as president of the Galt Curling Club in 1975-76.