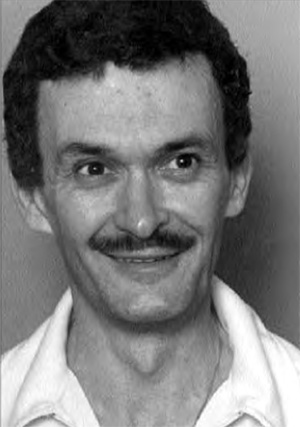 Proudly wearing his Canadian mens’ five-pin bowling gold medal, Cambridge’s Bob Gignac thought back to his boyhood when doctors informed his family that he would probably be wheelchair bound by the time he was 40.

Instead, at 47, Gignac not only competed at the 1987 Canadian Five-Pin Bowling Championships in Winnipeg, but reached the pinnacle. That year he was the best there was.

Stricken in his youth with infantile paralysis, an affliction similar to polio, Bob spent a year at SickKids Hospital in Toronto and eventually overcame all the odds. He not only managed to walk, and bowl, but he became one of the city’s most successful athletes.

Born in Parry Sound, Bob moved with his family to Wellington Street in Galt as a one-year-old. Bowling provided therapy in his early years as he chased pins at the Main Street alley in Galt.

With no strength in his muscles, Bob was in braces, from his toes to his armpits, for five years. However, despite this hardship, he did his best to play baseball and build enough muscle strength to discard his braces at age 10.

Soon he was Bob setting pins at the Galt Bowling Lanes on Main St. By the age of 12 he was working at the centre. Through high school, while learning to become a metallurgical technician, he worked part time at the lanes and even drove a taxicab to supplement his income.

In 1957, Bob met John Dobos Sr., a former junior hockey player who had come to Galt to play junior hockey with the Galt Jr. A Red Wings. Dobos would go on to own Dickson Bowl in Galt.

The two developed a longstanding friendship and working relationship. Originally John Sr. owned a roofing business, and he also purchased the original Dickson Bowl, where Bob was his evening manager. Bob also joined the major league in the centre, where at just 15, he raised his average to 240.

Looking for tournament competition, he ventured to O’Connor Bowl in Toronto to qualify for the “Beat the Champion” television show on CBC where he bowled against the legendary Si Rizun. Announcer Fred Sgambati psaid Gignac, then only 22, had “a bright future.”

In Galt, Bob seemed to be working and bowling twenty-four hours a days. Through realtor Jack Lane, he was introduced to the 10-lane centre in Strathroy, which he purchased in 1974.

Whether he was bowling on TV, or at his local lanes, Gignac displayed a love for the sport. From an early age he developed a keen and abiding interest for the game,.

After his time in Strathroy, he returned to Cambridge in 1986 as owner of the Presto-Lanes Bowling Centre on King Street in Preston, where as late as the end of the 20th century, he could still be found working with the public during business hours and rolling his own game when the doors closed.

He appeared at the provincial Open 28 times, 22 as a bowler and six as a coach. In 1987, representing the Conestoga 5 Pin Bowlers’ Association, he won both the provincial and national singles championships.

After a gruelling 15-game qualifying round, Gignac sat in second place with a 260 average, then defeat Saskatchewan’s Lloyd Wiens 333-285 in the semifinal, before winning the championship, besting P.E.I. ‘s Dave Livingstone in the final.

Gignac’s recipe for success was simple: concentration, determination, confidence, vision, and a certain amount of luck.

In a sport where athletes reach their peak at about age 30, Gignac was bowling against competitors many years younger.

Overcoming obstacles was the theme of his life. With a spirit and a will to win, his successes read like a movie script. From struggling to walk during his childhood years to championship bowler, Gignac was a champion long before he wore a gold medal around his neck.

His achievements serve as inspiration to us all.

As a master he recorded several tournament victories, winning the Oktoberfest tournament in 1978 and then the prestigious Walkers Special Old tournament in 1990 and 1991. These back-to-back victories were both televised.

He was no stranger to television, as his earlier CBC experience showed. But years later he also qualified for the first TSN “Pins Game” in 1988. Overall, he served 26 years as a volunteer at the local level.

Moreover, on the proprietors side, Bob was the local contact when the Bowling Proprietors Association of Ontario had its 28th Annual Convention in London 1981, and subsequently he served two years on the proprietors provincial Board of Directors. Throughout his bowling career he has done it all, from lane maintenance to the front counter.

In 1991, Bob went one step further and developed the “Gignac” blue band that would be added to both the wood and plastic pin to become an integral part of the bowing game across Canada. With his wife Mag, he has six chil- dren In 2006, after selling Preston Lanes, he rejoined Dobos at Dickson Bowl.

He was selected as the 26th best bowler on the list of the Top 90 Bowlers survey for the twentieth century.