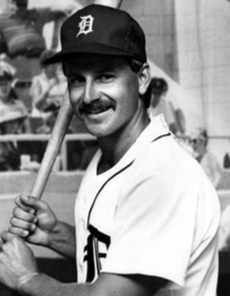 Although Canada lost its first two games, they came back to beat the eventual gold-medal winning team from Japan. “I got a lot out of that national team experi- ence,” he said. “We played all over the world.”

In 1991, when the Braves won the NLCS and went on to play the Minnesota Twins for the World Series, Braves owner Ted Turner flew McCullough to