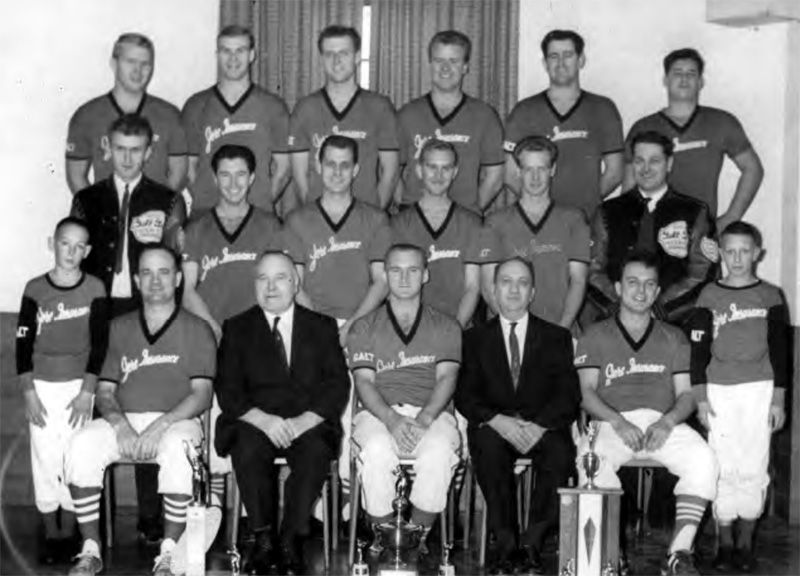 The Galt Gores fastball team of the mid-1960s was not lacking for talent, and none were as talented on the field as pitcher Gerry Hopcraft.

The late Hopcraft, several times an Inter-City league MVP – he won the batting title in 1965 – was a legend in fastball circles. With his on-field leadership, and a talent-laden cast of teammates like Marty Myska and Bob Johnson, the Gores chalked up some impressive numbers between 1963 and 1968.

In ‘63 they posted a 20-4 won-lost record in the regular season and then bested Kitchener 4-1 in the first round of the playoffs before beat- ing Guelph, also 4-1, to win the Inter-City title. Herb Morton was selected as an all-star coach that year. Two years later Morton was named coach of the year as the Gores posted an 18-6 regular-season mark en route to winning the league title once again after beating Brantford and St. Clements in post-season play.

In the O.A.S.A round that year they downed both Guelph and St. Catharines by identical 2-1 scores before dropping a heartbreaker, also by a 2-1 score, to Windsor.

In 1966 Hopcraft was again selected as the league MVP as the Gores posted an 18-10 record. They dominated post-season play once again, beating in successive outings Guelph (3-2), St. Clements (4-2) and the Slees (4-2). They went on to the O.A.S.A. playoffs with high hopes, and once again, it looked like they had the right stuff to win a provincial title after beating Guelph (2-0), Windsor (2-1) and St. Catharines (2-1).

But it was not to be. They were edged 2-1 by Oshawa in their final game. Legions of fans regularly packed Galt’s Lincoln Park to over- flowing as they watched the talented and entertaining Gores work their magic. Year after year, with the same nucleus of players, the Gores made summers memorable.