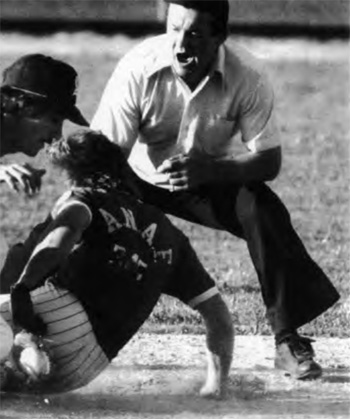 Born in Radisson, Saskatchewan, the late Walter Gustave “Gus” Kitzman gave a lifetime to local sports, with heavy involvements in both hockey and baseball as coach, official and builder.

Kitzman came to Hespeler in the 1930s as a young boy when his family moved to a farm on the site of the present-day Home Depot and Canadian Tire, off Pinebush Road.

He was the oldest son; his father, Gustave, came to Canada from a section of Poland that had changed hands with Germany many times.

Though Gus’s first name was Walter, few people ever used it. His mother and an aunt were the only two who came close, calling him Wattie. But for everyone else, it was always “Gus.”

Gus grew up with a love for sports, even though there was little money to engage in such leisure activities. When he came to the small
town of Hespeler as a boy of 10 or 12, he couldn’t have come to a better sports community. Hockey dominated the winter months, while baseball filled up the summer months. 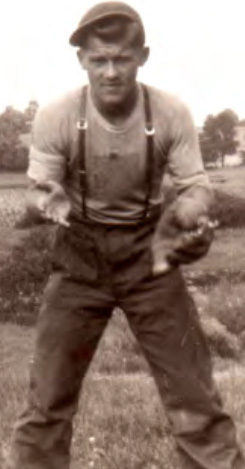 His involvement as a coach and official in Hespeler began in 1949. Despite his heavy commitment as umpire and referee, convenor, coach, and executive board member, Gus and his wife, Glory Fay (Pringle) raised a large family — six children in all.

His sports involvement included many highlights, including taking his Hespeler team to an Ontario Amateur Softball Association (OASA) Juvenile B championship in 1962.

He took all pursuits seriously. No matter what it was, Kitzman had to give it his all and be the best he could be. As an umpire, for instance, he strove to learn the rule book from cover to cover.

“It didn’t matter whether it was umpiring or refereeing,” said son Larry. “He always strove to be the best. He never wanted to be called on a call. If he made a call, that call was by the book and he wanted to be certain that it was the right call.”

“We used to go fishing all the time,” Larry recalled. “He was quite the man.”

Kitzman looked at Don Laurence as one of the leaders of the sports com- munity, and there were others. At times he and Laurence disagreed and were at odds, but the two always respected one another. Indeed, Laurence, before he died, nominated Kitzman for induction into the Hall. He adamantly believed Kitzman deserved to be there based on his selfless involvement in minor sport over many decades. As much as Kitzman regarded Laurence as one of the local leaders, Laurence thought equally of Kitzman.

“I remember him always making phone calls to get people to help him organize minor ball in Hespeler, and later, Cambridge,” said Larry. “And I recall when I would do my homework, he was studying the rule book.” 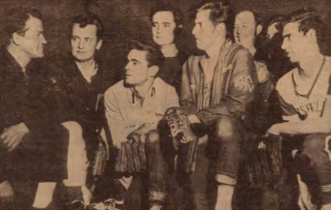 Kitzman was such an integral part of the Hespeler sports scene during the latter half of the 20th century, that generations of Hespeler youth recall him as a constant presence. His involvement was a given.

The story is told that a young Bob Hodges and Bob Kitzman (brother of Gus) were out fishing on Puslinch Lake one day many years ago, and Gus had already been asked to be referee convenor, when he said to the two: “You boys ever thought of doing a little refereeing?”

They both decided to give it a try, and of course, Hodges went on to become one of the stalwarts of the NHL officiating staff for several decades.

When the Hespeler Minor Hockey Olympics got started, Kitzman, along with Don Laurence and others, were there.

Since Kitzman’s death in 2007, the family has held an annual memorial game in honour of Gus at Hespeler’s Victoria Park, open to all. People are encouraged to bring food, but alcohol is strictly forbidden, in keeping with local laws and Gus’s lifelong belief that alcohol — and smoking — had no place on the sporting fields.