A Mississauga native, Jeff McClintock was part of the first generation of McClintocks from Puslinch Lake to establish the family name as a force to be reckoned with on the world water ski stage. 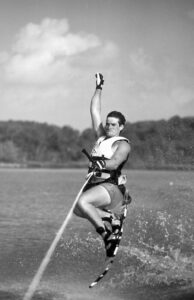 It began in the late 1960’s when Joel, Jeff and Judy emerged onto the forefront of the national and international water ski scene.

Jeff, who owns and teaches at McClintock International Ski School at Puslinch Lake, along with wife Sherron have two grown children, Jason and Whitney, both highly-recognized world-class skiers, and both world champions on several occasions.

Jeff, who has owned and operated the ski school in Cambridge since 1986, learned to water ski at the age of four, and began competition at age 8. Success came early, and during the next 30 years of competition, he captured several Canadian National Championships and Pan Am titles.

In 1989 he was the Canadian overall water skiing champion, and has set numerous national records.

In 1991 he was the Ontario champion in tricks and jumps (26-35 years) and the Eastern Canadian champion.

That same year he won the Canadian title, establishing a new record in jumps, and was recognized by the City of Cambridge as a finalist for Athlete of the Year, an honour also bestowed on him in 1989. 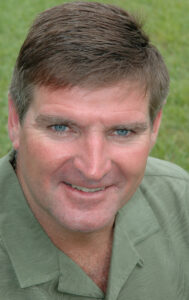 As a member of the Canadian national team from 1979 to 1987, he competed in four World championships.

His extensive competitive experience stood him in good stead as he entered the coaching ranks,   and as a Level 4 coach, the highest in Canada, he served as the national team coach from 1995 to 2001.