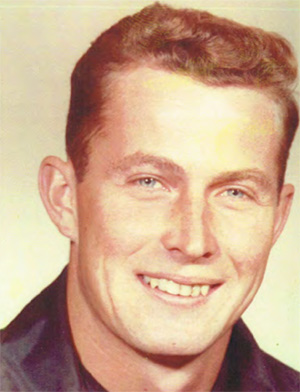 Jim Cox started teaching at the age of 18 in a rural school outside of Harriston, Ontario.

Two years later, in 1963, the Lucknow native (Paul Henderson’s home town) accepted a position with the Galt Board of Education and moved to town, where he taught Grade 4 at Dickson Public School. There was no gym in the school. Cox, like teachers before and since, had to teach phys. ed. in the basement.

Then he taught special education for two years at St. Andrew’s, followed by a year at Highland, where he met another young teacher by the name of Ken Mark. The two would begin a friendship that has lasted to this day

“As a student, phys. ed. was my favourite class,” Cox said, “and being a teacher was something I always wanted to do. I’d had a little success as an athlete, and I just wanted to be involved in sports.”

Cox had been part of a championship softball team in 1962, and not long after he began at Stewart Avenue he would lend his expertise to the community as a coach.

Shortly after he and Ken Mark met in 1965, the two became virtually synonymous with local track and field, first with the Harriers T&F club, and then with the Cambridge T&F Club when the Can-Amera Games began. There they worked alongside Van Palvetzian, Gill Fischer and Bob Woosnam, among others, all of whom played instrumental roles in developing local track and field athletes.

Cox credits John Pinchin and others with helping to develop what was formerly the city’s best track and field facility at Southwood, which came about after the Games showed a local weakness in track compared with our friends in Saginaw Township, Michigan.

In 1967 he recalls that a young student by the name of George Aitkin was coming into his own as a distance runner. “We had these Canada-wide fit- ness awards, and George won gold in almost all of them.”

Aitkin, who went on to have one of the most enduring running careers in the country, gives Cox credit for kick-starting his competitive running career. It occurred at the Around the Bridges Road Race, which was held at Glenview Park S.S. that year.

“Jim is the one who, as my grade 7 and 8 phys.ed. teacher, must have spotted potential talent,” recalled Aitkin. “He asked me and a few other kids to try out for a 4 X 400 metre relay team. Making the team must have created the spark I needed to begin my lifetime of running.”

The Galt Minor Hockey Association was upset that many of the top high school players were electing to play school hockey rather than minor hockey. To placate them, Rope convened their most challenging division — Midget. Cox’s community involvement has not let up in the intervening 45 years.

“I was quite fortunate,” said Cox. “I was able to walk to school every day. Everything was good.”

He recalls the day, in May, 1971, when fire destroyed the Preston Memorial Arena. The arena stood where the present-day Karl Homuth Arena stands. The next winter all that remained was the pad, and he remembers how they played games outdoors on the ice pad that winter.

“Preston was such a hockey hotbed so it is hard to imagine the town going without a rink for that long.”

“The impact of the Can-Amera Games, which began in 1972, can’t be underestimated,” he said. “The Games really helped improve our facilities in Cambridge and helped develop programs.”

For years he and Mark coached track at the Games, eventually turning over the reigns to the capable hands of George Aitkin. In the end, when the Games folded 35 years after they began, Cambridge’s critical mass in track and field, and in some other sports, was far superior to that in Saginaw Township.

As Cox’s children grew up in Preston, they played hockey and baseball, and Cox continued his coaching. When he retired from teaching in 1996, he got involved in a couple of other ventures. One was the Cambridge Sports Hall of Fame; the other was the Galt Minor Hockey School, with Al Findlay.

In 1976 he and Mark helped with the Ontario Games for the Physically Disabled, held at Southwood and Glenview. “It was a whirlwind,” said Cox. “It was very new and different.”

Cox has also been involved in the Preston International Hockey Tournament, and in 2000, was the recipient of the Cambridge Sports Contributor Don and Benita Rope Award.

With characteristic humility, Cox, when learning of his induction to the Hall he has helped build and nurture since its inception, was against the idea. But his fellow volunteers had voted unanimously to honour his lifetime of involvement in the community he has helped shape.