In addition to his NHL career, which was the foundation for his induction into the Cambridge Sports Hall of Fame, Jim Schoenfeld has the distinction of also being inducted into the Hall as a member of the provincial champion Galt Legion Squirt softball team in 1962.

A Galt native, Schoenfeld was the first defenceman and the fifth player chosen overall in the 1972 NHL draft.

After finishing his Junior A career with the Niagara Falls Flyers, Jim went to the Buffalo Sabres, where big things were expected from him.

He didn’t disappoint. In his rookie season he was immediately paired with hockey great Tim Horton.

He joined a Sabres team with such future legends as Gilbert Perreault, the late Rick Martin and Rene Robert, known as the French Connection Line.

Over the next 13 years in the NHL, Schoenfeld earned a reputation as a strong positional player, a great shot blocker and an aggressive, tough defenceman.

In 1974-75 the Sabres, a team of star players, had one of the strongest squads in the league, losing out in the Stanley Cup finals to the Philadelphia Flyers. Their captain was Schoenfeld. He had become Buffalo’s – and the NHL’s – youngest-ever captain in 1974 at the ripe old age of 22.

Schoenfeld ’s efforts didn’t go unnoticed. He was a second team allstar in 1979-80, and today is an honoured member of both the Buffalo Sabres and the Greater Buffalo Sports Halls of Fame. Schoenfeld had a leading role in one of the legendary moments in Sabres’ history. It was the night Schoenfeld and Wayne Cashman, longtime Boston star, squared off at Buffalo’s War Memorial Auditorium.

The fight began on the ice but finished on the floor of the arena after both players crashed through the Zamboni doors. 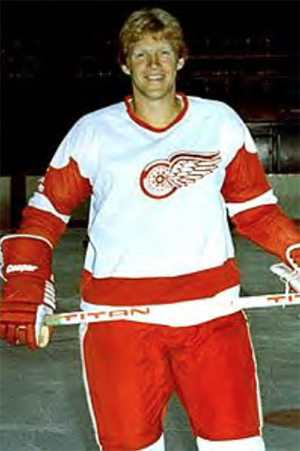 In 1980 Schoenfeld was given another distinction when he was named the Most Inspirational Sabre of the 1970s.
Early in the 1981-82 season, Jim was a principal in what many consider to be one of the poorest trades in Sabre history, a six-player deal with the Detroit Red Wings. Sabres fans were sad to see him go. He had been a constant with the Sabres for almost a decade.

He later played for the Boston Bruins before returning to Buffalo for the final 34 games of a stellar 719-game career in the NHL.

Schoenfeld’s leadership qualities as a player and team captain continued after his playing days, when, in 1985, he was named coach of the Sabres. It was the start of a coaching career that lasted until 1999 with the Phoenix Coyotes. During his coaching tenure he spent three seasons at the helm of the New Jersey Devils, and four seasons with the Washington Capitals.

It is noteworthy that when he took over the last-place New Jersey Devils in January, 1988, he guided them to their first-ever appearance in the NHL playoffs, and their first-ever playoff series win.

As of 2002, Schoenfeld resides in Scottsdale, Arizona, and works as a broadcaster on NHL games for ESPN, one of the leading sports networks. 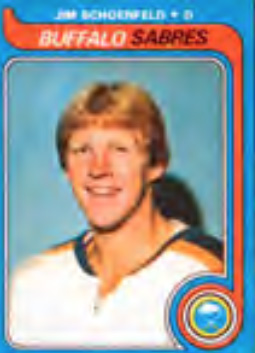