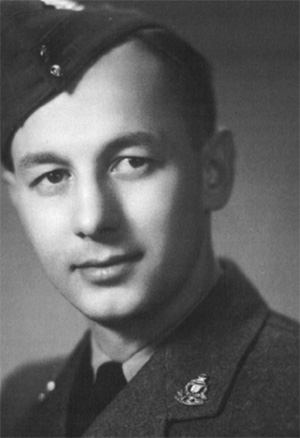 Jimmy Broomfield, who was still curling at age 100, was legendary in curling circles throughout Canada and the northeastern U.S.

He was the quintessential ambassador for the game, encouraging countless people over the years to get involved in the sport he loved. Broomfield was a born and bred Galtonian, and grew up loving hockey and baseball too, but his affinity to curling came early. Indeed, some early newspapers from the beginning of the 20th century prominently show the Broomfield name.

“My uncle Johnny was a really good curler,” he said. “When I started working at Babcock and Wilcox (Goldie McCulloch, which became B&W) at the Southworks as office boy in 1929, Mr. Goldie curled, and so did Hugh McCulloch and Ernie Scott.”

“I really started curling in 1932 at the Galt Curling Club,” he said. The Galt club was situated on the northwest corner of Queen’s Square, where the library now sits. There, he curled with such people as R.E. Knowles, the famous Presbyterian minister and author who was then writing for the Toronto Star.

Broomfield worked at B&W until enlisting as a private in the army during the Second World War in 1941. There was virtually no curling for Broomfield for the next several years, except during a stay in London for a few months.

He left England for Europe in 1944, landing at Juno Beach, Normandy, with the Algonquin Regiment, from North Bay, Ontario. They fought their way north through France, Belgium and into Holland. Then a jeep he was driving was ambushed by the Germans and he spent five months in a Nazi POW camp.

After the war he returned to the B&W Southworks, where he remained until 1947, when he went over to Turnbull Fu- els, where he stayed until 1977.

Through all those post-war years he was in his curling prime.

“There’s no game like it,” he said of curling. He used to begin each game with a friendly handshake and say to his opponents, “Let’s shake hands, and may the better participant emerge trium- phant.”

He was a longstanding member of the Galt Lion’s Club, a club he joined in 1950. Over the years he was involved in many community endeavours, including transporting patients for the Cancer So- ciety and the Red Cross. But his heart was never far from the game he loved.

He once remarked that Normie Himes, one of Cambridge’s athlete of the 20th century, was a natural curler. Broomfield had a hand in getting him to take up the sport, even if he only curled for a few years. Broom- field also recalled the curling prowess of Al Findlay, another member of the Cambridge Sports Hall of Fame. “Al was a damn fine curler.”

He cherished good times with close friends at the rink, including Watty Reid, Dick Grandy and Walter McGregor, among others, including Dr. Jim Gowing in later years.

“Oh geez, we’ve had some great fun. You go out there and shake hands, then play like hell, socialize and have a drink afterwards.” For Broomfield, it didn’t get much better than that.

Not long before his beloved wife, Rose, died on March 9, 2013, Jimmy joked about receiving birthday cards a few months earlier from well wishers in the States. “Some of the cards said ‘See you next year.'”