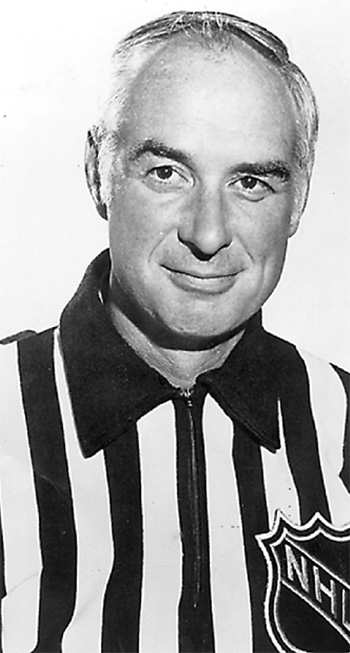 When he retired following the 1971- 72 season, John Ashley was regarded as the top official in the National Hockey League.

“I never hesitated putting him into any key game under any situation,” said NHL referee-in-chief Scotty Morrison.

“He was the wheelhorse of our offi- ciating staff who performed his duties with great credit to himself and to the league,” said the late NHL president Clarence S. Campbell.

Ashley, born in Galt, grew up in Preston until the age of 21, when he moved to Kitchener. A former junior player with Galt, the Toronto Marlboros, Stratford and Guelph, he moved up to play with Pittsburgh and Syracuse of the American Hockey League, and then later played senior hockey at Stratford.

Ashley’s officiating career began with Kitchener minor hockey, but after just one season he moved into the Ontario Hockey Association and signed an NHL contract in 1959, working the first season in the American Hockey League and Eastern pro league, with spot assign- ments in the NHL.

During the next 12 seasons he handled 17 games as a linesman, 605 as a referee in regular season games and another 59 in Stanley Cup playoff games.

In 1971 he became the first official to referee the seventh game in each of three Stanley Cup playoff series that required the maximum number of games.

Following retirement as a referee, John Ashley was employed by the NHL for five years, scouting young officials.