Leitch wanted to play hockey and this desire led to lessons in figure skating to improve his skating ability. At the age of 10 his parents enrolled him in the Woodstock Figure Skating Club so he could learn to skate for hockey.

“I found I enjoyed figure skating and consequently played hockey and figure skated throughout my youth.”

At the age of 17 he began coaching part-time to help pay for college. He wanted to be an aeronautical engineer, and attended the University of Detroit in pursuit of that dream. But it was expensive and proved too costly for him to continue, so he returned to coaching figure skating since he enjoyed working with young people.

He couldn’t have known then that his decision to enter the coaching ranks would transform the world of Canadian figure skating for decades to come.

Many of his skaters would go on to compete at the World Championships and Olympic Games, and Leitch became one of the pre-eminent figure skating coaches on the planet and virtually a household name in the sport.

Many of his skaters, based in Cambridge at the Preston Figure Skating Club, would go on to win Cambridge’s Tim Turow Award as athletes of the year. The first such winners were pairs skaters Paul Mills and Josie France-Jamieson, who won the award in 1977.

Other Preston Figure Skating Club athletes to win the award in subsequent years included Lloyd Eisler and Katherine Matousek – they were two-time winners, in 1984 and 1985 – Cindy Landry and Lyndon Johnston (1989), and Doug Ladret and Christine “Tuffy” Hough (1992).

Leitch was the consummate coach. His job didn’t stop with the end of the workday. Typically, he would work 12-15 hour days, though often it was
even more than that. An extremely driven and motivated person, Leitch always had a passion for his work, something that separated him from many others. His challenge? To develop world-class athletes.

“I love the twinkle in the eye of a young athlete who dreams of the Olympics,” said Leitch. “That has always driven me through my heart into developing and helping them to achieve that dream.”

Along the way he has been an innovator, pioneering the con- cept of Team Coaching, where he would surround himself with talented coaches. Together they built nothing less than a skating empire in what was then the small town of Preston. For two decades, from 1975 to 1995, no skating club in Canada produced as many Canadian champions as the Preston Figure Skating Club.

The club’s success bred more success, with skaters coming from far and wide to study their sport under an acknowledged master.

But Leitch credited the club’s success to the skaters, and his team of coaches, as well as the parents. He also noted that a succession of arena managers, beginning with the late Tommy Watkins – “one of the most influential people in our success” – were also instru- mental in establishing the Preston club as a dominant force in the world of figure skating.

Others who helped along the way included mayors like Claudette Millar and Jane Brewer, directors of the club, and “unbelievably dedicated people like Tom Hilborn, Ray and Scott Little, Audrey McGrigor, Bruce MacDonald, Jack Hockney, Jack Hodges, John Robinson and the many other supporting cast members who believed in our Dream.” 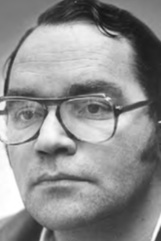 The public saw evidence of this dream in the rise of several skaters to international prominence. They also saw it in the annual year-end ice skating show at the Preston Arena. This show was generally regarded as the finest amateur show in Canada, and it represented one weekend a year when the population of Cambridge had the opportunity to witness what in effect were years of hard work and effort. But it was a total team effort, involving not only the skaters and coaches, but parents and volunteers who put the show together.

By the mid-70’s, Leitch had carved out a niche as a world-class coach. But interestingly, as a youngster he had always wanted to be a professional baseball player. He idolized ball players like Yogi Berra, Mike Hegan, Mickey Mantle, Bob Feller, and in hockey, he looked up to Teeder Kennedy, Max Bentley, Gordie Howe and Turk Broda.

As a 16-year-old Leitch played Senior Intercounty baseball. He also had two professional tryout contracts with the New York Yankees and the St. Louis Cardinals. Baseball’s loss was figure skating’s gain. Coupled with Leitch’s work ethic, was a philosophy that put the athlete’s personal development ahead of their achievements.

“I have always felt it was more important to develop the person than the achievements in their sport,” said Leitch. “An athlete’s career is short-lived, but they are a person all their life.”

Leitch knew that coaches play a far larger role in the development of a young athlete than most people realize. “I always believed it was very important to work diligently to develop each athlete’s skills in life.”

Which is why he emphasized things like sportsmanship, manners, and public speaking. “I always wanted the athlete to leave the sport of figure skating as a well-rounded and good person. The medals and championships won on their path to success as a person were just a bonus.”

Said Leitch: “If you perform to the best of your ability, you are a champion.” It was a message that resonated with generations of young skaters he coached. “You can place 10th in a championship and be a winner,” Leitch explained. “I always impressed upon skaters to only worry about things they could control.” He would tell them that if they skated to satisfy their own heart, they were winners.

As Leitch developed a succession of world-class skaters, the sport itself was undergoing dramatic changes. When he began his coaching career, qua- druple jumps were merely dreams. But today the skill level of top skaters, said Leitch, is unbelievable.

“The sport is a beautiful sport and the only tarnish is the bureaucratic political influence of the officials who have sacrificed their once good inten- tions for self-gain.”

This political dishonesty in some quarters somewhat spoiled the latter years of his coaching career, “but the memories of the wonderful athletes I have been fortunate enough to train, will always be with me.”

And he pointed to the Kurt Brownings, the Scott Hamiltons, and the Barbara Ann Scotts as representing the “true meaning of the sport.”

Leitch’s list of credits would run on for a couple of pages. He was chief referee at the Goodwill games in Lake Placid in February, 2000, and was a multiple winner of the Longines-Wittnauer Coaching Excellence Award presented by the Coaching Association of Canada.

Leitch credited many others for his success. None of it would have been possible without his wife Kathy, his children, his parents, the team of coaches and athletes who have helped him so much, and all the people who believed in him and his dreams. “They are all the keys to my success.”