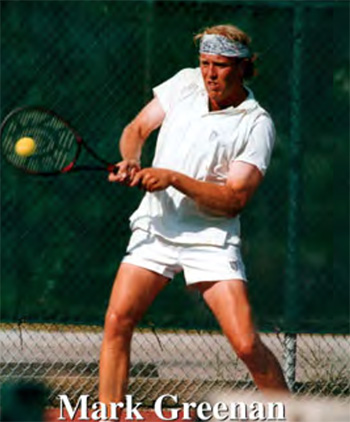 Cambridge native and Southwood Secondary School graduate, Mark Greenan, is the top tennis player to ever emerge from Cambridge. And well into his career, he was also likely the finest doubles player Canada ever produced.

A product of the well-known Greenan tennis family, he is the son of Harry Greenan, a mainstay in Ontario tennis. As a youngster, he began dragging a tennis racquet around as soon as he could walk, often accompanying his father and Don Rope – the two were accomplished tennis players in their own right – to various tournaments.

At the age of 17, in 1983, Mark became Canadian national junior champion, a feat he repeated in 1984, when he was ranked No. 1 nationally in doubles and No. 2 in singles in the Under-18 division.

Success at such an early age opened many doors. His selection to the Canadian international team and to the Canadian junior Davis Cup team were his first opportunities to represent his country.

In the ensuing years he played for Canada from coast to coast and around the world, travelling to such locales as South America, England , Japan, the United States and Australia.

In addition to exposing him to the highest levels of competition in the sport, these experiences served another purpose. They taught him to take pride in his home soil.

“I became very proud of my Canadian roots,” Greenan says.

His success did not go unnoticed. In 1986 he accepted a full scholarship to North Carolina’s Wake Forest University. At a time when only six players made the varsity team, Mark accomplished the feat in his freshman year, a very uncommon occurrence. 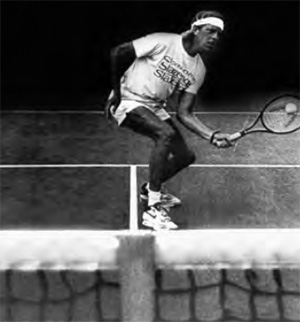 When he graduated in 1988, he was the school’s top-ranked doubles and singles player. More significantly, he went out on top, having been named the Atlantic Coast Conference MVP and an All-American.

From 1985 to 1994 Mark was internationally recognized for his accomplishments in both doubles and singles competition.

During that period he was world-ranked and won more than 15 professional events.

Greenan was a member of Canada’s esteemed Davis Cup doubles

team from 1985 to 1989. He did what no other tennis player before him could do – win four national doubles championships, accomplishing the feat with partner Grant Connell from 1986-1988 and in 1990 with Glen Michibata.

Among his local accomplishments, Greenan was named Cambridge’s Tim Turow athlete of the year in 1987, and was also inducted into the Waterloo County Hall of Fame.

As the new millennium dawned Greenan was still involved in the sport, giving back to the game some of what he had gotten out of it., serving as a teaching pro at Courtside Tennis Academy, where his lifelong love of tennis was shared with other promising young Canadian hopefuls.