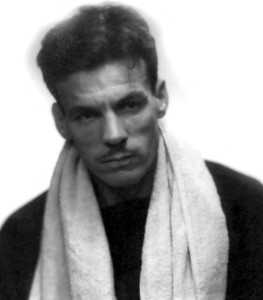 Scotty Rankine has the honour of being the only athlete from Cambridge to be awarded the coveted title of Canada’s male athlete of the year. He won the award in 1935, just a year before he competed in his second Olympic Games.

Rankine, a Scottish native who came to Canada as a young man in 1926, was arguably the greatest runner of his time.

If there was ever a more dominant long distance runner in Canada, they were few and far between. In an estimated 350 races over a 20-year career, he won 250 of them and earned medals in most of the others.

Boston’s legendary Johnny Kelley, a two-time winner (1935, 1945) of the Boston Marathon –– he was seven times the runnerup –– regarded his Canadian friend as a runner without equal. “He was a wonderful runner, short, stocky, but nobody could beat him,” said Kelley.

When Rankine was running at his peak, he was virtually unbeatable, winning every Canadian championship from three miles to the marathon.

Said longtime friend and running colleague Whitey Sheridan, “He was confident, tenacious. He had that tenaciousness. He went out to win.”

For such a keen competitor, he had a sense of humour, said Kelley, that belied his competitive seriousness. “He was very funny,” recalled Kelley. He had a lot of funny sayings and we all enjoyed him very much.”

At Berwick, Pennsylvania, where Rankine and a few other members of the Galt Track Club competed in the annual Berwick Run for the Diamonds, fans loved the diminutive Canadian with the Scottish accent. They saved their loudest cheers for his entrance into the football stadium at the end of the race. And Rankine didn’t disappoint, winning the famed Diamond race five straight years.

He had similar success at the annual Around the Bay 19-miler in Hamilton, where he was victorious seven times.

The Around the Bay and Berwick races were two of the top distance races in North America, and both shared a common characteristic: each had significant hills to contend with. 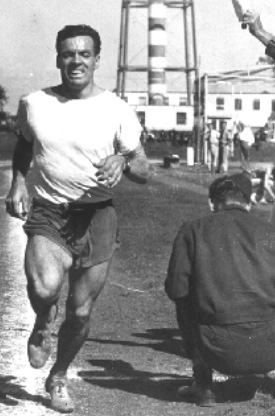 “Scotty was built for hills,” said Sheridan. If all else was equal, Rankine would pull away from the others at the hills.

In 1937 he was named winner of the Norton H. Crowe Memorial Trophy as Canada’s amateur athlete of the year. There were many other accolades too numerous to mention here, but as a two-time Olympian he is in select company. And when one considers that two Olympic Games were not held during the Second World War, it was very probable that Rankine would have qualified to run two more.

Two years earlier he had placed 10th in the 5,000 metres at the Los Angeles Olympics.

In 1936 he met American Jesse Owens while competing in the Berlin Olympics, but those Games were probably his biggest disappointment. During the 10,000 metres he went limp with a serious muscle pull at 7,000 metres and had to be helped from the track.

Interestingly, although the full marathon (26.2 miles) was just beyond his normal limit, he placed as high as fourth in the Boston Marathon in 1945 and was winner of the Canadian marathon championship three times.

When he was on, “nobody could beat him,” said Kelley.