Ron Shaver came to figure skating as a toddler, joining the Galt Figure Skating Club at Galt Arena Gardens at about the same time as a youngster by the name of Toller Cranston. Years later the two would have some legendary battles at the national championships.

Born and raised in Galt, Shaver got his start at age four after watching a figure skating show at Galt arena. “That’s what I’m going to do,” he announced to his parents.

He was true to his word, and when he wasn’t skating, he attended Stewart Avenue P.S. and later, Glenview Park S.S.

championship, was a five-time member of the Canadian world team, 1976 Olympian and three-time Canadian silver medalist and Canadian senior champion (1977), Shaver capped off his career by winning a world profes- sional championship in 1981. 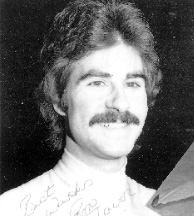 He then went off to the skater’s equivalent of the circus: he joined the Ice Capades.

The highlight of his career was to have come at Innsbruck in 1976. Shaver, runnerup to Cranston at the Canadians, was skat- ing better than ever. “It was going extremely well,” said Shaver. “I was sixth in figures, third in the short program, pulled to fifth, was three points away from second and two points away from third.”

He was a favorite to win a medal, given that his strong suit, the long program, was still to come. So he went out for his official practice on the morning of his long program full of confidence and expectation. Then tragedy struck.

“I tore the adductor tendon in my groin and was laid up in hospital for the rest of the Olympics and for 16 weeks after that.” It was a devastating blow; the injury itself was so severe that it threatened his skating career. He begged team doctors to shoot him up with cortisone so he could compete, but they refused. The tendon was torn. There was no room for heroics.

So 1976 was both the pinnacle and the most disappointing year of Shaver’s career. “I don’t know that a medal would have changed anything,” says Shaver now, “but I can honestly say at this point that to go home and see that bronze or silver medal would sure be nice. It was a dream that was never fully realized.”

Shaver did win gold at Skate Canada on two occasions, and his return to competition following the injury showed grit and determination. 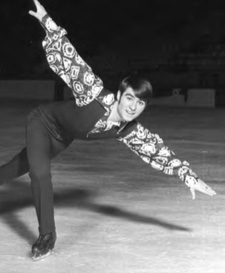 “I’ve always felt that you should never retire on a down note. You should always retire when you feel you are successfully at the peak of things. So I couldn’t retire and leave that way.” The next year he became Canadian champion and placed sixth at the world championships. Then he turned pro with the Ice Capades where he remained for three years, before taking a teaching job in Atlanta.

In 1983 he returned to the Ice Capades where he remained, living out of a suitcase and skating around the continent, until May of 1990.

He enjoyed the skating, the performing. Not the traveling. “The travel- ing is the worst part,” he said.

After his retirement from performing, he became a coach in Hamilton. He now lives and coaches in Texas.

“To have a dream and to pursue it is the most important thing. If you ever do fulfill all your dreams, then you’ve had your cake and eaten it too.”