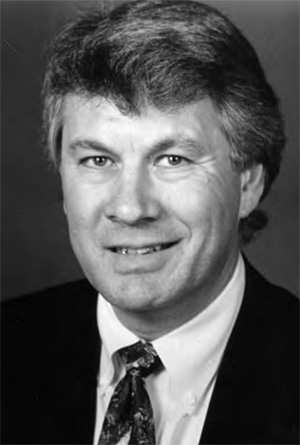 The question is not whether Ron Smith would be inducted into the Cambridge Sports Hall of Fame but would he be inducted as an athlete or a builder. Like Don Rope, who was a major influence during Ron’s formative years at Glenview Park Secondary School, Ron’s induction is both as an athlete and a builder.

Ron was born in Galt in 1944 and raised in Rockton where he attended public school before moving on to Glenview for his high school career. While at Glenview, Ron was involved in football, basketball, and track and field. He played baseball and hockey in the community. As a quarterback, Ron, under the tutelage of Don Rope, led the Glenview Park Panthers to their first CWOSSA championship in the early 1960’s. Ron excelled at every sport he attempted. While his high school career was stellar, Ron shone at baseball and hockey.

With the guidance of Bud Fraser from his junior baseball days who stressed that you “learn to practice things the right way,” Ron became the first Galt-born athlete to ink a professional baseball contract when he signed with the San Francisco Giants organization as a middle infielder. In 1964, Ron played for Twin Falls, and in 1965 he moved to Decatur. Ron wore #24 for the Giants, and, in those days when all farm teams wore “hand-me- down” uniforms, Ron wore the uniform of the great Willie Mays.

At the end of his second year of professional baseball, Ron felt a need to re-enroll at university. He retired from baseball and returned to the University of Waterloo. While at Waterloo in 1962 and 1964, Ron was a member of two provincial championship teams, playing with such future NHL stars Jim Lorentz and Bill Goldsworthy. As important, however, for Ron’s development in hockey, was his association with U of W coach, Don Hayes. Hayes instilled in Ron an innovative technical approach to the game with a focus based on tactics and conditioning. This became the impetus for Ron to pursue a career in coaching. 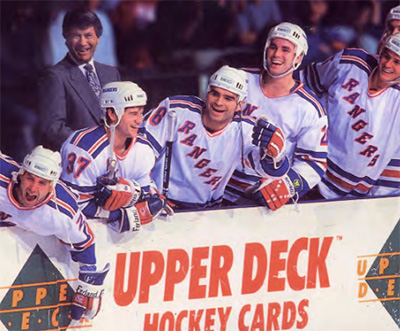 Ron started to develop his coaching style upon his return to Glenview Park as a teacher in the late 1960’s. He helped guide the Panthers to another football champion- ship, their first since he led them as a quarterback a decade earlier. Also, Ron coached the fledgling Panther hockey team to the Ontario high school championship tournament for two consecutive years. While coaching hockey at Glenview, he continued to play hockey for the Allan Cup champion Galt Hornets.

In January 1972, just nine months before Canada’s memorable Summit Series against the Soviet Union, the Hornets represented Canada at the Ahearne Cup in Sweden. There the Hornets played the Wings of the Soviet, a team consisting of Russian stars, Yakushev, Gusov, and Maltsev. Though they lost to the Russian team, the Hornets acquitted themselves very well and Ron learned first-hand the skill of the Russian players and the tactical style of international hockey.

Ron’s study of the game stood him in good stead when he became the Technical Director and later the Executive Director of the Ontario Hockey Association. He coached the Guelph Platers (1975-78) to the OHA championship in 1978. From there he became head coach at York University. In the mid-1970’s Ron made the step to the NHL as an assistant coach with the Toronto Maple Leafs. It was there that Ron began his association with NHL Hall of Fame coach Roger Neilson. From Roger, Ron learned the use of video to analyze a game and then the power of communication to teach the players.

As well as the Maple Leafs, Ron’s NHL experience includes organizational stops with the Buffalo Sabres, New Jersey Devils, New York Rangers, Vancouver Canucks, and Carolina Hurricanes. His career highlights include being the head coach of the New York Rangers and having two different stints with the Vancouver Canucks, making it to the Stanley Cup Finals in 1982 and 1994.

While Ron’s hockey career has taken him to a number of cities, Cambridge will always be home. He and wife Patty have lived in the same house for 30 years where they raised two sons, Landry and Devin. Ron cites the “warmth of friends and family in Cambridge” as the reason for staying rooted in this area.

In a profession where a “pink slip” is a way of life, through hard work, knowledge of the game, passion to teach, and love of competition, Ron Smith has been steadily employed for 30 years — and to all of his many supporters he has no desire to leave the game that he has learned and taught so well.

When Ron passed away early in 2017, there were many tributes not only to the family man, but to the athlete, coach and teacher, three areas in which he excelled. They spoke of his compassionate and caring nature, and most of all, about his positive influence.