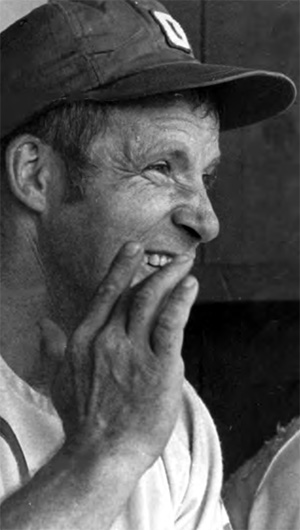 It is no exaggeration to say that Wray Upper was an Intercounty legend.

On August 6, 1970, he achieved a distinction granted very few athletes. On that evening at Dickson Park, the scene of so many of his athletic heroics, the Galt Terriers Baseball Club held a “Wray Upper Night.”

Upper, a Port Colborne native, was completing his 20th season of Intercounty senior baseball. He had a remarkable career. For longevity alone, very few players accumulated as many years, but Upper had the additional benefit of being one of the league’s best.

He had spent three years in the New York Giants organization, playing in North Carolina, Minnesota and Georgia, before becoming a fixture at third base for the Terriers. The Intercounty record book is filled with references to his long and productive career.

He was the league batting champion in 1958 with a remarkable average of.413. That same year held the league in triples with seven, and hits, with 50.

He led theleague again, in 1968, when he finished in a tie with Terrier teammate Roger Dewaele.

A true appreciation of Upper’s career can be had when his career records are examined. When he retired as a player in 1974, Upper was the Intercounty’s all-time leader in games (470), hits (565), RBIs (232) and bases on balls (234). Exclusive of playoffs, Wray had a lifetime batting average of .282. 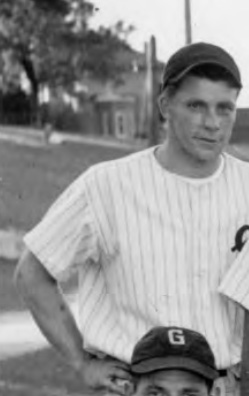 But his success was not limited to playing. As a playing manager, he guided the Terriers to the 1963 Ontario senior title and the Intercounty championship in both 1964 and 1966.

The 1966 championship was one that Upper held dear, and regarded as the highlight of his career. Upper was the playing manager, but the Terriers were down three games to none in the final series. With Dick Krol on the mound for the next four games, the Terriers went undefeated to capture the title. Krol earned four straight victories.

Wray attributed the the unusual length of his career to strong support from his family and, not surprisingly, to a real love of the game. A former member of both the Terrier and Intercounty executives, he found that love for baseball extended beyond his playing days. He became a scout for the Kansas City Royals after previously scouting for the San Francisco Giants and the Chicago Cubs. Wray Upper retired from Allen-Bradley in 1993.