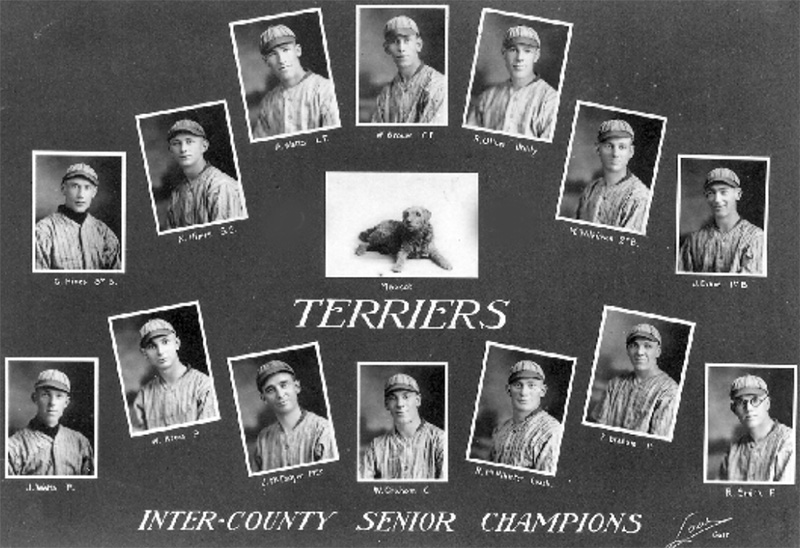 If you liked a come-from-behind team and extra-inning playoff games, then the 1923 Galt Terriers baseball club was your kind of team. As good as they were that year, and despite their many thrilling late-inning heroics, they failed to record one playoff-clinching victory at Dickson Park that season.

The Terriers championship drive began with a series against their biggest rivals, the Guelph Maple Leafs. The Terriers won the Intercounty championship in what would become a familiar pattern: open- ing with a road win, losing at home, then clinching the series with a win on a neutral site, in extra innings.

The Terriers 5-1 win over Guelph on August 22 in the third and deciding game, took 13 innings and was played at Preston’s Riverside Park with an esti- mated crowd of 7,000 in attendance.

Galt began the OBAA playoff round against Brantford with a characteristic loss at Dickson Park before winning the second game in Brantford and forcing a third and deciding game at Riverside Park. 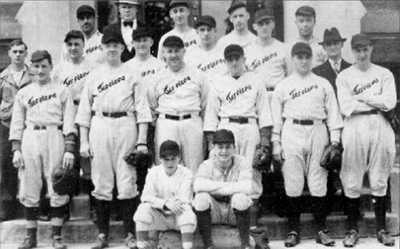 The Terriers once again won the deciding game to advance to the second round of the Ontario playoffs against the St. Thomas Tom Cats. The Terriers got off to a surprising start, winning their first game at Dickson Park since July 11. But a loss in St. Thomas forced a deciding game, once again on neutral ground in Preston. The Terriers won the game 4-3 in 13 innings in a contest described by the Galt Reporter as “the most exciting game in the history of amateur ball in Ontario.”

The final obstacle for the Terriers as they attempted to win their second consecutive Ontario title was the Toronto Royals ball club. The purple and white- clad Terriers had better pitching; the Royals better hitting. Toronto opened with a win in Galt, but the Terriers won in Toronto. This time the deciding game was played at a different neutral site, at Guelph’s Exhibition Park.

For one final time that year the Terriers kept their fans on edge until the very end, winning 8-6, but not before blowing an 8-2 ninth-inning lead. Indeed, Toronto had the tying run at the plate before Galt’s pitching ace, Friendy Graham, struck him out to retire the side and give Galt its second straight provincial crown.