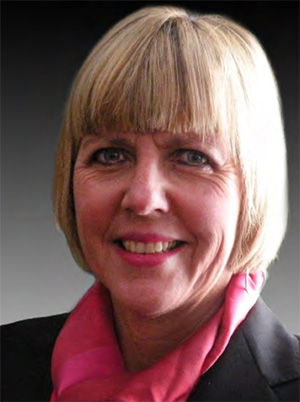 When Oakville native Martha Deacon graduated from teacher’s college at the University of Western Ontario in 1984, she likely had no idea where her future career, and sporting interests, would take her.

She always wanted to be a teacher, of course. At Western, she had won the D.C. Williams Gold Medal. She had prepared for a teaching career by graduating from McMaster University in 1981 with a Bachelor’s degree in Physical and Health Education, and a year later earned a Master of Arts degree from the University of Western Ontario.

Deacon began teaching at Galt Collegiate Institute, where she coached badminton, among other things.

She also got involved in the Cambridge community as a member of the Cambridge Sports Awards committee from 1900 to 2002, and as a volunteer for swimming, basketball, volleyball, hockey and synchronized swimming.

She also served as junior choir director at St. Andrew’s Presbyterian Church, and has been on the program advisory committee for Conestoga College from 2001 to the present.

But she would distinguish herself at the national and international level in various capacities ranging from president of Badminton Canada (2003-2008) to the National Sport Federation and the Canadian Olympic Committee (COC).

At the 2010 Commonwealth Games in Delhi she served as Chef de Mission, and was part of the COC’s Mission Team at the Beijing Olympics in 2008.

Prior to those assignments she was on the Mission Team at the Pan American Games in 2007, and was a team services officer at the 2002 Winter Olympics.

Deacon has been an executive member of the COC (2003-present) and has served as chair of the COC’s education and youth community outreach committee and the women and sport committee.

She represented the COC’s executive board at the Vancouver Olympics in 2010 and at the Youth Olympic Games (YOG) for athletes aged 14-18, in Singapore that same year.

She was a COC representative at the first-ever Winter Youth Olympic Games at Innsbruck in 2012, and has served in many other capacities on the international sporting stage, such as being a board member with the Badminton World Federation.

She also represented the COC at the International Olympic Committee (IOC) Conference in Los Angeles in 2012.

In addition, she has taken an active role with the Pan American Sport Organization as a member of the education committee, and as chair of international events for the Pan American Badminton Confederation.

Her efforts in the national and international sports circuit have earned recognition from her peers. She was presented with the IOC Sport Trophy Award for inspiring youth in 2010, and received the Rolf Lund Jule Nisse Award in 2006, which was presented by Minister of Health Promotion and the Ontario Sport Alliance “to an individual with exemplary dedication to regional, provincial, national and international sport, from ‘playground to podium.’”

In March 2008 she was nominated for the Carol Anne Letheran IOC Sport Leadership Award. That same year she was named to the World Commission (BWF) for sport marketing and promotion.

Her impressive resume is largely in addition to her 27-year career in education, in which she taught secondary school physics, physical education and science, and served as vice principal, principal, consultant.

She currently serves as an executive officer in the CEO’s office with the Waterloo Region District School Board.

Her skill set in education is one that has proved integral to her activities at the highest levels of sport outside of school.

She believes in the power of sport and the relentless pursuit of excellence in creating the optimal conditions for athletes and coaches.