Pairs skater Michelle Menzies was a member of the National Pairs Training Centre in Preston, and was coached by Kerry Leitch.

Menzies emerged on the national figure skating scene in 1992 when she and Montreal-based Bombardier, who were then training in Laval, Que., placed second to Germans Mandy Wotzel and Ingo Steuer in pairs technical presentations to open the Sun Life Skate Canada International figure skating meet. The pair went on to win a silver medal despite suffering an injury to her right ankle. But she toughed it out. Menzies, who aggravated a foot injury in practice, and her then new partner Jean-Michel Bombardier earned Canada a silver in the pairs event at the Sun Life Skate Canada International meet.

It had been a struggle. Menzies came close to withdrawing after the practice mishap. She’d initially stretched the ligaments three weeks earlier, forcing the two off ice for a week. That year the pair also finished second at the Canadian championships.

The following year they were third at the Skate Canada competition and were sixth in the Nations Cup. 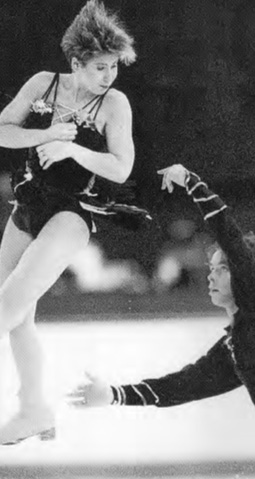 In 1994-95 Menzies and Bombardier won gold at the national championships, were eighth at Skate America and 10th at the World Championships.

In 1995-96 they repeated as Canadian champions and were seventh in the Skate Canada competition.

In 1996 -1997 they were third at the Canadian Championships and seventh at Skate Canada. 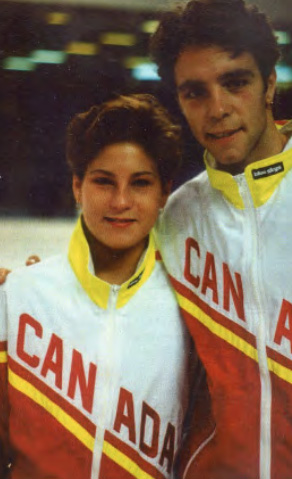