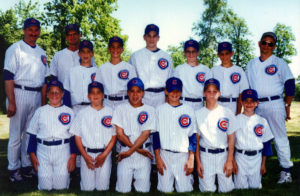 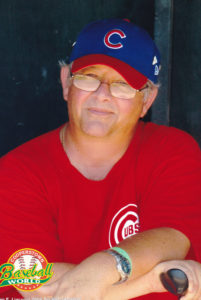 Cambridge’s Rick Downton was a member of the Cambridge Minor Baseball executive for many years, beginning when he joined the league in 1985 as a house league coach.

During the next couple of decades he held many positions within the CMBA including registrar, umpire, sponsorship convenor, house league coach, and coach of select and travel teams such as the peewee and tyke squads.

He also served on the Intercounty executive as treasurer in the 1990s and was convenor of minor baseball, and has served as secretary treasurer, vice president and president.

In 2005 he began a long tenure on the operating board of the Cambridge 50-plus Recreation Centre.

In 2008, the same year he was given a lifetime membership to the Cambridge Minor Baseball Association, he was involved in the Senior Games as its treasurer, and two years later, in 2010, he was named volunteer of the year by the Intercounty Baseball Association.

He believes everyone should get involved in the community, and to be committed to their community, in one way or the other.

Downton is a founding member of the Kids Can Play organization, and has been involved for many years with the Cambridge Sports Awards as director and president.

“Rick Downton has been a very important cog in baseball in this community and in the Intercounty, as much if not more so, for many years now,” said Corbett.

“He was one of our best presidents (of Cambridge Minor Baseball Association), he organized and brought about the Toyota Tyke Tournament which has been going on for decades now, and he developed a number of things that have worked within the system.”

“That was always a highlight,” said Scott Thorman of the Toyota Tyke event that has become know as the premiere Tyke event in the province. Thorman entered the Hall the same year as Downton. “It was a heck of a tournament.” Thorman played in the tournament at least three years. “I was lucky enough to get invited underage a few times.” 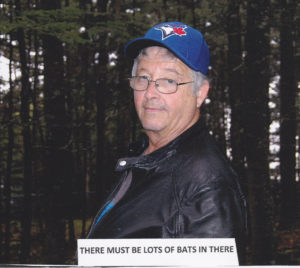 Although Downton has MS, he never let that get in his way, and would adapt, using a wheelchair to umpire.

Corbett said the way he continued on, battling with his MS while  at the same time contributing so much to the baseball community, was remarkable.

Recent advances in medicines have had a positive impact on his health.

After being secretary-treasurer for the Intercounty, he is, as of 2018, its president.

“I think he’s got his hands full,” said Corbett, “but if anyone can handle it, or make things better for that organization, he certainly will.”

Downton has always been in it for the kids, and when he learned of his induction, he was shocked.

“Never in my wildest thoughts and dreams did I ever believe I belonged in the Cambridge Sports Hall of Fame,” he said. “I’m truly humbled and honoured.”

His unsung committment to the community, and to the sport of baseball, is precisely the kind of contribution that should be recognized.

“I have a great amount of respect for the man and all he has done,” said Corbett. “This honour is well-deserved.”