Linda Ward and Neil Carpenter got a thrill out of meeting Ice Follies star Harris Legg in the spring of 1956 when Legg returned to Galt at the invitation of the Galt figure Skating Club.

Within a few years Carpenter and Ward would be reaching the heights of the figure skating world themselves as the top pairs team in the nation. 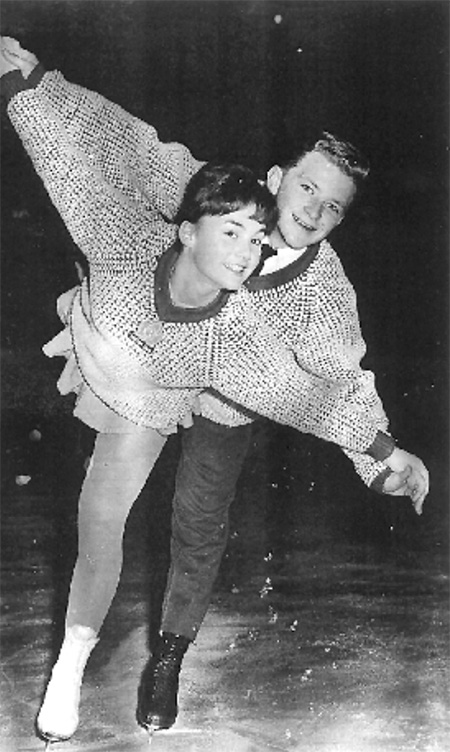 Coached by Jerry Woodstrom, Ward and Carpenter burst onto the international scene in February of 1963 when they finished fifth in the North American Championships, held in Toronto.

Later that month the pair won the Canadian junior pairs title in Edmonton at the national championships.

But perhaps an even greater feat was that they also skated in the senior pairs competition, finishing third.

In March, 1963 they finished 11th in Cortina, Italy at the World Championships.

It was a busy year for the young pair. In November of 1963 they competed in the Olympic trials, hoping to earn a berth to the 1964 Games in Innsbruck, Austria.

Placing second in senior pairs, they earned an Olympic berth, but before they traveled to the Olympics they competed in the Canadian championships at North Bay, in January of 1964, just a month before the Games, where they placed second.

At the Olympics in February they began the competition ranked seventh but finished 14th overall.

After a seemingly meteoric rise onto the international scene –– it actually took many years of hard work –– they closed out their pairs career together that spring. In March they were forced to withdraw from the World Championships in Dortmund, Germany, and by the fall of 1964, they had officially retired.

They were the first two skaters in North America, and quite possibly the world, to receive all five golds –– figures, dance, free dance, free skate, pairs –– in figure skating.

Linda (Ward) Purdy and Neil Carpenter remained in the sport long after their competitive days were behind them.