Dr. Bruce Holliday was synonymous with rowing in Cambridge.

The local veterinarian helped found the Cambridge Rowing Club in 1987 when a group of enthusiastic people, all sharing a vision of a community-based rowing club on the Grand River at Galt, pooled their efforts to form the club.

From an early age, rowing had been a significant part of his life. His first memory of rowing was as a seven-year-old at a lodge on Lake Huron with his parents. He learned to row, he says, in one of the lodge’s punts, with his spaniel, Lindy, in the bow.

“I remember my parents panicking because I had rowed too far upstream,” he says. “They assumed I had flipped over with my dog and had drowned.” But a love for rowing had taken seed.

Later, he would row a cedar strip boat at his parent’s cottage at Cedar Harbour on Lake Simcoe. By the time he was 15 he got a job at a boat livery renting boats and teaching rowing, and rescuing people who had strayed too far and required help in choppy waters. He kept this summer job, but also worked in Barrie helping build cedar strip boats at a boat company on Kempenfelt Bay.

Following graduation from high school in Toronto, he entered veterinary school and met his future wife, Claire, a student at Mac Hall. The pair married after a couple of years and continued their university studies together.

Graduating in 1957, he took a position with Dr. A. MacKinnon in Galt, Claire’s hometown. Not long afterward, he purchased his first Alden shell and began rowing it in the Grand on a regular basis. 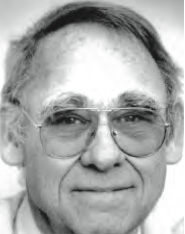 It was while he was down at the river that he met Kitchener resident George Soares, a boatbuilder. As Cherri Greeno, a Record reporter, once wrote: “It was curiosity that brought them together and love of the water that forced them to take the plunge.”

Holliday was actually out in his Alden shell when Soares paddled his cedar strip boat alongside to get a closer look at Holliday’s craft. “I had seen pictures of Holliday’s boat in American magazines,” he said, “but I had never seen one in Canada.”

The two drifted downstream, chatting as they went. They talked about rowing and the river. In the coming years that chance encounter would prove to be instrumental in the development of Cambridge as a rowing centre.

Their vision cemented itself at River Bluffs Park, at the river’s edge, in 1987 when the City of Cambridge and the GRCA gave them permission to use an old wooden shed as a boathouse. A sign went up and the club was born. And like the saying goes, if you build it, they will come. And they did. In the early years, people like Bill Ingraham came from Brantford, giving the club a much-needed boost.

Ingraham went on, within a couple of years, to win a world masters rowing championship as a member of the Cambridge Rowing Club.

Holliday credits Soares, Ingraham, Jane MacKinnon and later, rowing enthusiasts like Ryan Tierney and Mike Elmitt, for the success of the club. And there were others. But, says Soares, “Bruce is really the mother of this place.

Some of us were just along for the ride.” Ingraham concurs. “Over the years Bruce has singlehandedly raised tens of thousands of dollars for this club.” He described Holliday as a “warm, kind and sincere human being who was very determined.”

Holliday praised Ingraham and Jane MacKinnon for being pivotal in the birth of the club. Elmitt, an architectural professor at the University of Waterloo School of Architecture in Cambridge and the architect of the boathouse, says there were a lot of unsung heroes, but “this boathouse was Bruce. It was really quite extraordinary. He was committed to seeing it built.”

The club grew steadily, and by the early 1990s, the old wooden shed was bursting at the seams. In1995, thanks to a hugely successful fundraising effort and a city grant, the new Bruce Holliday boathouse was dedicated, replacing the old shed once and for all. Today the club offers learn to row programs, as well as recreational and competitive rowing programs. And through it all, Holliday had been a mainstay. “Rowing offers a feeling you can’t get from any other sport,” said Holliday.

And it was the great natural beauty of the river that proved his conclusion.

“The river itself always caught my imagination,” said Holliday, “because it was so poorly used.”

Dr. Bruce Holliday died March 21, 2010. A few days later a large gathering of friends and family gathered for a celebration of his life at The Bruce Holliday Boathouse at River Bluff Park beside the river he rowed.

Within a few short years both Ingraham and Elmitt would be gone too, but the Cambridge Rowing Club recalls their tireless efforts and passion to estab- lish rowing on the Grand.