Though he played in the NHL for the Boston Bruins, and starred on a Canadian World Junior Hockey championship squad, Mike Moffat counts his years playing minor hockey for Galt as perhaps his most memorable experience.

“It was a great experience,” he said of his years playing for Galt.

“There were eight great years. We had a very good team, and a super group of guys. It certainly spurred my interest in hockey.”

Moffat played on Canada’s 1982 championship team at the World Junior Tournament in Minnesota, before making his NHL debut with the 1981-82 Boston Bruins. That season the 20-year-old netminder appeared in 13 Bruins games, including 11 playoff games.

Moffat was first invited to the Bruin training camp in 1980, after having been drafted by Boston as an underage junior.

He was fresh from his first year of Junior A hockey, where he backed up Kingston netminder Avilino Gomez Jr. Both goalies were invited to the Bruin camp at season’s end.

For Moffat, it was a huge jump. “I’d gone from playing major midget in Galt just one-and-a-half years earlier, to an  NHL camp.”

Still, he knew he was there for the exposure and harboured no illusions of making the team at that point. Moffat had gone to the Kingston Canadiens of the OMJHL in 1979- 80, where he appeared in 21 games with a 4.4 goals-against average.

“I lived with a great family down there (Neil and Margaret Joynt). They made it a lot of fun. It was a wonderful time for me.” 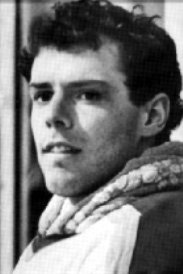 The next year he played in 57 games for the Canadiens and had a 3.68 goals-against average.

“Kingston is a beautiful city and a really great hockey town with a great history,” said Moffat. “A lot of good hockey players have come out of Kingston.”

For his part, he had good coaching at Kingston, with former NHL’er Jim Morrison behind the bench.

In his final season with Kingston he played in 46 games, posting a 4.15 average. That was the year he played in the world junior tourney.

At season’s end, he was called up to Boston, where he fully expected to sit on the bench as the Bruins closed out a first- place season behind the goaltending of Rogie Vachon.

“I watched two, three or four games and the next thing I knew I was going to be starting a game,” he recalled. “I was hoping it was a joke.” 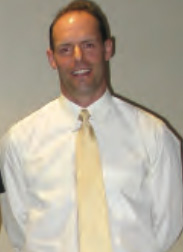 It wasn’t. Moffat won the second last game of the season in goal for Boston on a Saturday, and then won the next Bruin game on Sunday at Boston. He turned a lot of heads, and started in goal for the first round of the playoffs against Buffalo. He was in net for all four wins over the Sabres, and then he played all games in the next series against the Quebec Nordique. Quebec won the series in seven games.

That summer the Bruins traded for Pete Peeters. “He was great,” said Moffat, who backed up Peeters for the next two seasons.

The following year he appeared in 13 games for the Bruins. He had a brief stint in Nova Scotia in 1984-85, before resuming his studies at Wilfrid Laurier University in Waterloo in 1985. There, he played goal for the WLU Golden Hawks of the OUAA.